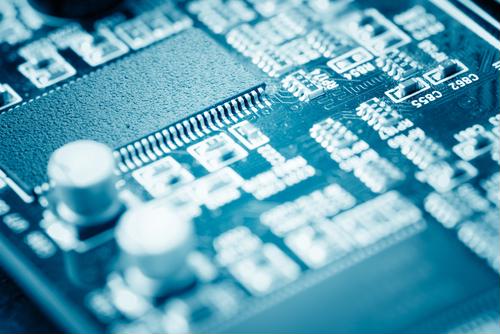 3D printing may get a lot of press, but in reality it is just one of about half a dozen well-established additive manufacturing processes that have existed for decades and in the case of electroforming, centuries.

What sets additive processes apart from other fabrication methods is that you actually "grow" a complete part one molecule at a time, rather than take material away to create a final product. This has opened huge possibilities for what types of parts can be made and more OEMs are starting to utilize additive manufacturing. The latest application trend is Microelectromechanical Systems (MEMS), which are comprised of tiny components and used in a variety of consumer and industrial applications.

According to a recent report released by Big Market Research, the MEMS market will grow at a compounded rate of 11.3% annually through 2026. This is due to OEMs in a variety of verticals making their products smaller, necessitating the use of minuscule precision components. The report credits rising demand for smart consumer electronics, trends in automation industry, and increasing popularity of IoT in the semiconductors space as fueling the growth.  Additional applications cited include sensors for wearable devices and biomedical applications and autonomous vehicles.

Electroforming - over a century old, yet well-equipped for the future
E-forming is the process of of depositing a metal, usually nickel though copper, gold, and silver can also be used, from a metal salts solution onto a conductive template or mandrel to create a finished part. From there, the nickel is driven out of the solution by an electrical charge applied to the template which attracts the nickel ions. The nickel will continue to move to the template until the charge is removed.

Electroforming shares a few steps with the photoetching process. First, the template, usually made of brass, is coated in photo resist. On a separate sheet of metal, outlines of the finished parts are created out of photo resist while leaving a blank space where the parts will be electroformed. From there, a phototool exposes images of the opposites of the parts on the blank spaces not coated in resist. Multiple layers of resist can be added to allow the nickel deposits to grow thicker as needed. Finally, the finished parts are peeled from the template, which can be used for additional production runs.

Electroforming is well-equipped to provide solutions for OEMs in several industries as their demand for smaller component parts increases.

Through electroforming, the nickel can be formed to thicknesses ranging between 5 to about 250 microns, allowing for the production of precision flat parts. For this reason, electroforming is well-equipped to provide solutions for OEMs in several industries as their demand for smaller component parts increases.

Additive manufacturing must accommodate a "micro" future
Some more recent applications for electroforming have been sizing sieves, apertures, nozzles, medical sensors and test probes among others. But OEMs want to go even smaller, and additive manufacturing processes have to adapt as well.

While other additive techniques can work effectively in the creation of small-scale parts, electroforming has the advantage of staying extremely precise even for the smallest applications. Emerging nanotechnology in the MEMS, medical, optical, scientific and industrial sectors can benefit from electroforming's precision, replicability and scalability.

A report from the International Association of Engineers found that industrial 3D printers struggled to maintain dimensional tolerances when forced to create the same part multiple times. In the case of a product like a medical screen or mesh, the dimensional call out for the openings are often less than 25 microns, leaving little room for error. Medical screens and meshes are just two of countless examples of flat precision parts that are being created. As I mentioned earlier,  the MEMS sector is growing rapidly. Specifically, precision additive processes such as electroforming are required where sensors and actuators need to be connected to semiconductors in increasingly smaller spaces without sacrificing performance.