Electroforming - Moving into the future one particle at a time 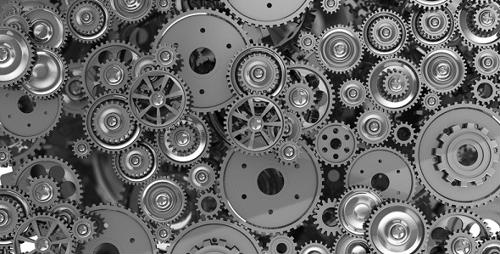 OEMs are turning to a process known as electroforming when it is "virtually impossible" to machine micron- or submicron-level parts and features.

Even newbies to the world of component part manufacturing know that if you want to create a hole that's .001" in diameter, you need a tool that is smaller than .001". This is pretty obvious, but it's a principle that starts to break down when you want to make parts or design features that are too small for the tools you have available.

In a diverse array of industries, such as the MEMS and medical fields, there is a notable push to build more complex devices on a micro scale. And because the component parts that go into these devices are so small, OEMs are finding that traditional machining process like CNC milling, laser cutting, EDM and others are insufficient to produce such miniscule parts at the level of quality needed for a finished product.

How a filter system allows electroforming to create precision parts
The show must go on, however, and that means that micromanufacturers have to turn somewhere else for their micro-scale precision parts. As Micro Manufacturing put it, OEMs are turning to a process known as electroforming when it is "virtually impossible" to machine micron- or submicron-level parts and features. This is helping to bridge the gap between what MEMS manufacturers need and what suppliers can do.

"One of the most important parts of precision electroforming is creating a "very high-purity" current."

In an interview with Micro Manufacturing, our E-forming consultant Carl Rodia explained that one of the most important parts of precision electroforming is creating a "very high-purity" current that gets exposed to the metal salts solution, which produces the metal deposit on the template. We can produce this kind of current by using a transistor-based or solid-state power supply with filters that eliminate the noise from the current.

These filters are a major part of the process because they remove particles from the solution with a mean diameter of 0.2µm or more.

"We want to make sure we're not co-depositing stray particles of carbon or other metals with the metal we're depositing," Carl explained. "One stray particle can obliterate an entire function of a MEMS-type machine that we are electroforming on a wafer."

It's this level of attention to detail that sets E-forming apart from less precise fabrication methods.

E-forming finds a home in rapidly growing industries
As the world of micromanufacturing expands, e-formers are quickly finding themselves in the thick of things, producing parts that other machining techniques can't. A few examples of applications of this super-precise process are as follows:

All of these products are incredibly small - on the scale of just a few microns in size, and involve some very intricate features with tight dimensional call outs. Fortunately, this is exactly where e-forming excels: We can make thin parts down to about 6 microns, with holes down to 4 microns in diameter. Additionally, we can hold tolerances of about +/- 2.5 microns - perfect for those applications where a stray particle can throw the whole thing off.