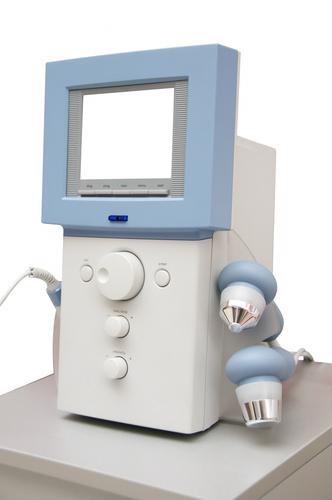 In almost every industry, the trend is toward smaller products and component parts, and the medical field is no exception. Small-scale meshes, screens, sensors and apertures - all of these and more are finding a home in the medical devices of the future.

OEMs need their component parts to get smaller, but at a certain point, they're going to find that conventional fabrication methods can't achieve the level of resolution needed. The parts and design features needed for some of these nano parts are just too small for their tools to make. And the fact that these types of parts require extremely tight tolerances doesn't make anything easier.

"Electroforming has an advantage because there are no tools in the conventional sense."

Electroforming goes where conventional process can't
A recent article in Micro Manufacturing said that OEMs turn to electroforming when it's "virtually impossible" to fabricate complex, precision micro parts and features otherwise. Our electroforming consultant Carl Rodia explained it in the following way: "If you want to dig a hole 1' wide, you have to use a shovel that is less than 1' wide. But in the submicron or nano scale world, the tools aren't small enough."

Electroforming has an advantage here because there are no tools in the conventional sense. Rather, electroformers "grow" their parts particle by particle through a process of electrodeposition.

The electroforming process starts with the creation of a conductive metal mandrel. The design of the part is reproduced dozens to thousands of times on a phototool, very similarly to the process used in photo etching.  The photo-resist coated mandrel is imaged and developed, leaving bare metal in the outlines of the parts to be made.  Multiple layers of resist can be used to achieve the desired thickness of the final parts.

Electroforming takes place in a conductive electrolyte bath that contains a metal salts solution (usually nickel sulfamate).  The anode is a basket of solid nickel nuggets submerged in the solution and subjected to an electrical charge that drives positively charged ions into the electrolyte bath.  The negatively charged cathode is the metal mandrel, typically mounted on a conductive rack and connected to a DC power supply at multiple points.  The nickel ions in solution migrate to the cathode and adhere to it as solid nickel atoms.  The electrodeposition process continues as long as the electrical current is on.

The electroforming process is comparatively slow, depositing around 1-2 microns of nickel per minute.  So, an .005" (125 microns) thick part might take several hours to produce, but the mandrel may contain hundreds or thousands of copies of the part, all being produced at once.

What electroforming can do for medical device design engineers
Medical device engineers have relied on electroforming for several types of parts, but according to the Nickel Development Institute, e-formers are most often called upon to produce tiny screens and meshes that are used in filtration devices.

One key reason why electroforming is well-suited for these applications is that minimum hole sizes aren't determined by the part's overall thickness. In photo etching, hole diameters must be fractionally greater than the metal thickness. Electroforming has no such limitations - the holes can be made as small as 10 microns across no matter how thick the part is. Medical devices rely on precision in their measurements and processes, and so their component parts need to facilitate that.

Microelectronics are also establishing a notable presence in the medical field. Internet-connected medical implants are a major breakthrough - they are microelectronic devices that can interact with biological processes in the human body, enabling an unprecedented level of insight into patient health. To build these devices, OEMs need to include powerful semiconductors, actuators, ligatures and RF communications coupling, often within just a few millimeters' worth of space.

Electroforming has a place here too. The particle-by-particle creation of component parts can ensure that they will be small enough to fit inside the device casing without interfering with the rest of the parts. Additionally, the highly controlled e-forming process allows us to hold extremely tight tolerances: at the micro level, even one stray particle can lead to a dysfunctional part.

For more information about the process:

If you're a medical device design engineer who is looking for a consistent process to create flat precision component parts, call us at 800-443-5218 or email us at sales@conardcorp.com and lets get started on your designs.