What Can Electroforming Do For The Aerospace and Aviation Industries? 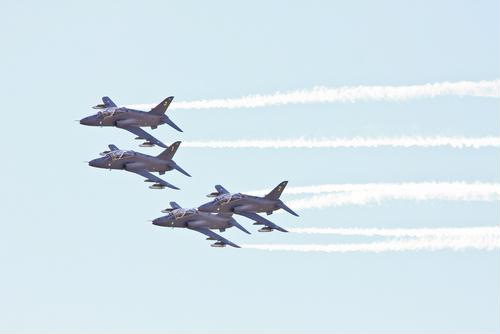 Electroforming's precision and versatility can be a boon to the aerospace and aviation industries as their demand for precision micro parts increases.

Aerospace and aviation manufacturing is one sector where additive manufacturing processes are slated to play a major role in the production of component parts. A whitepaper from Smartech Markets Publishing explained that there is considerable demand within the industry for high-value precision metal parts that are powerful and compact.

Additive manufacturing can be a huge asset to aerospace companies due to its ability to shorten lead times and create precise, sturdy and lightweight metal parts. But as Smartech found, some problems with more well-known additive processes could put a damper on the industry's push toward these methods.

What Has Aerospace/Aviation Manufacturers Hesitant About Additive Manufacturing?
Aerospace OEMs have traditionally used additive manufacturing for prototyping, but they're increasingly interested in using it for production as well. Today's aerospace industry calls for short lead times to speed up development cycles, but this is a challenge when the parts are so complex.

Additive manufacturing can handle these complicated part designs, since the parts are created particle-by-particle and give operators a lot of control. Smartech pointed out, however, that high metal costs and lack of in-process monitoring could be a stumbling block to widespread adoption of the technology in the aerospace industry.

How a Electroforming Can Help Aerospace Manufacturers
Much of the hype around additive manufacturing comes from the new 3D printing trend. While these devices are still maturing, there are other processes that have been in use for decades to great effect. One of the most useful is electroforming.

Electroforming is a process of electrodeposition whereby a cathode and an anode (typically nuggets of nickel) are submerged in a metal salts (usually nickel) solution and subject to a DC electrical current. As long as the current is on, the nickel particles migrate from the anode to the cathode - a conductive mandrel in the shape of the final part - and adhere to it. The current is then switched off and the parts are peeled from the mandrel, ready to use.

For more detail information about this process:

Nickel electroformed parts have been highly sought after for their many favorable properties. The metal can be alloyed with cobalt, giving it greater hardness while keeping the internal stress low. And like any other additive process, operators have a lot of control, helping achieve those complex design requirements. This versatility means that nickel can be used for a wide number of applications and possibly replace more expensive metals.

For OEMs in aerospace or aviation looking for a consistent process to create flat precision metal parts, call us at 800-443-5218 or email us at sales@conardcorp.com and let's start on your designs.