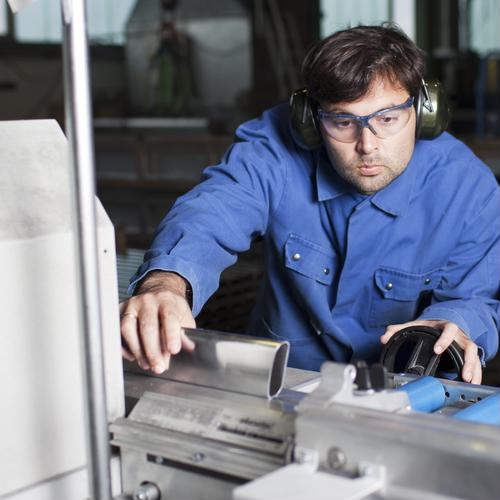 The first quarter of the year may be coming to an end, but the American tech and manufacturing sector isn't slowing down.

The first quarter of the year may be coming to an end, but the American tech and manufacturing sector isn't slowing down. Over the past month, we've seen some incredible changes that will push the boundaries of the industry, including one story that is very near and dear to our hearts.

White House proposes over $600 billion budget for National Network For Manufacturing Innovation in 2016
The Obama administration proposed a substantial increase in the National Network For Manufacturing Innovation's 2016 budget. According to Manufacturing and Technology News, the total amount for the new NNMI budget - across all of its departments - comes to $608 million for the year. The funding will come from the Departments of Defense, Energy, Commerce and Agriculture. Among the institutes receiving notable budget increases are:

In addition to bulking up the budgets of the nine existing institutes in the network, the new budget proposed the creation of seven more. Eventually, the administration hopes to transition the NNMI budget from being a "discretionary" expenditure to a "mandatory appropriation" - a move that will hopefully cement these important organizations' place in the tech and manufacturing industry.

Toyota believes its hydrogen-powered car can reach diesel prices within a decade
We've seen a lot of excitement about Toyota's new hydrogen-powered car, the Toyota Mirai. Slated for release later this year, the car looks like the next step in the trend toward reducing and eliminating automobile emissions for good. Best of all, recent announcements from the company suggest that the car will be within the reach for most consumers within a few years.

According to Manufacturing.net, Katsuhiko Hirose, the head of Toyota's hydrogen fuel cell division, announced that the car will debut with a $57,500 price tag. This is better than previous forecasts that predicted the entry price of the car would be $60,000, and it blows the project's initial estimates of $100,000 right out of the water.

Hirose believes that within 10-15 years, the hydrogen car will be similar in price to a diesel car. Other Toyota officials think it will take half that amount of time.

Rolls-Royce gives us a glimpse into the future of plane engines
Late in February, Rolls-Royce unveiled its new designs for a fuel-efficient airplane engine that could be a part of the civilian aircraft of the future. Industry Week reported that the new design builds on the successful Trent XWB engine, which has been the only engine used in the popular Airbus A350 passenger planes.

Rolls-Royce stated that the new engine, named Advance, will use 20 percent less fuel than the original Trent engine, and will lead to a notable drop in carbon emissions. The manufacturer expects that the engine will be ready for use by the end of the decade. Even then, they already have a more energy-efficient model in the works, known as the UltraFan, could be ready by 2025.

"The additive processes have redefined what manufacturers thought was possible."

According to the Hartford Business Journal, Rainer Hebert, director of the UConn-Pratt & Whitney Additive Manufacturing Innovation Center, has stated that the use of additive technology in production could position Connecticut as an emerging additive manufacturing leader.

The additive processes, like 3D printing and electroforming, have redefined what manufacturers thought was possible by allowing them to use new materials to make complex parts that elude conventional fabrication methods.

"At the Connecticut Center for Advanced Technology's (CCAT) Advanced Manufacturing Center, we're using additive directed energy deposition technology to help companies in the medical, energy, aerospace and defense industries develop new products, repair and enhance existing parts and research new materials faster and at lower costs than ever before," Tom Maloney, chief technology officer of the Connecticut Center for Advanced Technology, wrote in an article in the HBJ.

It's exciting to see the additive processes get some recognition that will allow OEMs throughout Connecticut and beyond to take advantage of their benefits. We've been a part of that field for awhile now, and we know that OEMs who need to make their parts and products smaller can greatly benefit from additive manufacturing.