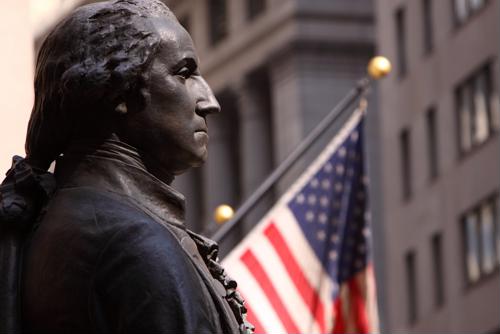 From new innovations, to blockbuster investments, to more youth outreach from the STEM fields, to encouraging hiring trends - it's clear that American ingenuity and progress are in full swing as 2015 gets underway.

The tech and manufacturing sectors in the United States started this year with a bang on several fronts. From new innovations, to blockbuster investments, to more youth outreach in the STEM fields, to encouraging hiring trends - it's clear that American ingenuity and progress are in full swing.

It's tough to pick just a few stories out of the bunch to highlight in our monthly roundup. But here are a few that really caught our eye and, as always, made us proud to be a part of the incredible story that American manufacturing is writing.

The automaker said it will make 5,600 of its fuel cell patents free through 2020 for other automobile manufacturers that are working on producing fuel cells. Parts suppliers will also have access to the patents.

"The first-generation hydrogen fuel cell vehicles, launched between 2015 and 2020, will be critical, requiring a concerted effort and unconventional collaboration between automakers, government regulators, academia and energy providers," Bob Carter, Toyota's senior vice president of automotive operations, said in a speech at CES.

Both Toyota and Tesla have expressed hope that by making their patents free, they can jumpstart innovation in the fuel cell industry as part of a greater effort to make emission-free vehicles.

Google and Fidelity invest in SpaceX​'s Mars endeavors
If there's one company here in America that is inspiring everyone to reach for the stars, it has to be SpaceX, a manufacturer of spaceships and other space-related equipment. The company, headed by billionaire Elon Musk, has never shied away from striving for seemingly impossible goals and pushing the envelope beyond what many thought would be impossible for a private enterprise.

In an effort to put the company in a position to keep innovating, tech and financial giants, Google and Fidelity, have jointly invested $1 billion in SpaceX, according to a report from Manufacturing Business Technology.

While it's unclear exactly what the company's plans are at the moment, Musk has stated that he wants to send people to Mars within the next 12 years and eventually build a livable city on the planet.

The $148 million institute will be open to groups and companies who want to partner with the three organizations as well as one another with the goal of developing new technology surrounding the fabrication of lightweight materials.

What's most exciting is that innovation will breed manufacturing jobs here. According to the news source, the group estimates that it's efforts will lead to the creation of 10,000 jobs related to the casting, machining and metalworking for lightweight materials.

"What's most exciting is that innovation will breed manufacturing jobs."

Not only were the respondents excited for America's economic prospects as a whole, they stated that they are looking forward to a great year in their own operations. According to the survey, 60 percent of the respondents said they planned to increase their workforces this year, 43 percent expected to receive new capital investments and 52 percent planned to widen their product and service offerings.

More opportunities for students interested in STEM
The Citizen's Bank Foundation donated $50,000 to develop an initiative through which businesses can partner with public schools to encourage participation in STEM classes and work-based study programs. The grant was awarded to the Pathways in Technology Early College High School program at Troy High School in New York, Times Union reported.

The program, known as P-TECH, is a three-state program in New York, New Jersey and Connecticut that allows students to engage in work-based learning with a corporate partner. This will kill two birds with one stone: The students can learn valuable skills to help them land a great paying job right out of school, while the companies who participate will get a ready-made workforce for when their older employees retire.

"The business community recognizes the urgency in closing the middle skills gap, and that jobs in the STEM field play a major role in driving the state's economy," Heather C. Briccetti, president and CEO of The Business Council of New York State and a member of the P-TECH Leadership Council, said to the Times Union.