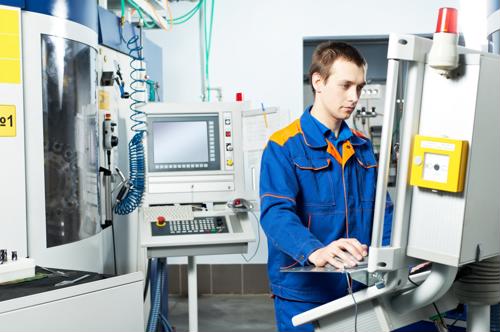 Even though we're only halfway through February, we've seen enough good news coming out of the American manufacturing sector to last us the rest of the month and beyond.

One of the most exciting themes is just how vital manufacturing and technology are to the renewed growth of the U.S. economy.

In this roundup, we'll see how the U.S. is becoming a global leader in aerospace manufacturing, the growing role of the "advanced industries" in the growth of the U.S. economy, how investments in transportation infrastructure could create thousands of jobs and how an entire state is working to get students interested in manufacturing and STEM fields.

"It appears that the aerospace industry is investing more in U.S.-based production now."

The U.S. is becoming a hotbed for aerospace manufacturing
In a major victory for American job reshoring efforts, it appears that the aerospace industry is investing more in U.S.-based production now, after a decade in which the majority of those jobs were sent to China, Reuters reported.

According to consultancy ICF International, from 2000 - 2012, aerospace investments flowed into China, Brazil, Mexico and India. But in the three years since, data has shown that the bulk of the investments in the industry have come to the U.S.

"The U.S. at this point in time has become the hot spot in aerospace manufacturing," Kevin Michaels, a vice president at ICF International, said at the annual Pacific Northwest Aerospace Alliance conference this week. "Comparative advantage is a fleeting thing. Three years ago it looked like everything was heading to China. Now that's changed."

Throughout the recession, job growth and incomes for many workers stayed stagnant. But as the U.S. recovers, it's become clear that the way forward for American workers and the nation as a whole is in the continued growth of these advanced industries.

An advanced industry is characterized by its heavy involvement in technology research and development and STEM workers. By the Brookings Institute's definition, the sector includes 50 industries ranging from manufacturing to energy to engineering and design services

This is a broad view of the U.S. tech sector, but as the report's authors wrote, the dynamic nature of these 50 industries is what will revitalize the U.S. economy and put the country on the path to sustainable, organic growth.

Manufacturing, in particular looks to play a major role in this sector's growth moving forward, as its various sectors make up 35 out of the 50 industries that the report considers advanced. But we don't have to wait to see results: According to the report, the advanced industries have added almost one million jobs with employment and output growth rates 1.9 and 2.3 times higher, respectively, than every other economic sector.

While the U.S. rail system is in disrepair, the volume of passengers it's expected to accommodate has increased dramatically - taken together, commuter, light and heavy rail saw a 75 percent increase in passenger numbers since 1995, the report stated.

Right now, there are more than 750 companies in at least 39 states that are manufacturing component parts for passenger rail and transit, including railcar and locomotive producers. And in the Midwest and mid-Atlantic alone, there are 542 companies manufacturing sub-components, materials, track and infrastructure, and providing repair and remanufacturing.

"Every $1 billion invested in U.S. transportation infrastructure would lead to roughly 21,000 new jobs."

Altogether, the rail manufacturing industry supports about 90,000 jobs, the Alliance for American Manufacturing reported. The news source found that every $1 billion invested in U.S. transportation infrastructure would lead to roughly 21,000 new jobs.

Georgia schools launch initiative to encourage students to get into manufacturing
We love hearing about when an individual school or district implements programs to get kids interested in STEM fields. So you can imagine how exciting it is when an entire state does it all at once.

According to the Gainesville Times, every single one of the 932 public middle and high schools throughout the state of Georgia will be the first schools to take part in a nationwide initiative that encourages students to look at careers in manufacturing.

This month, Governor Nathan Deal and celebrity host of the "Made in America" television show, John Ratzenberger, will announce the statewide enactment of the National Educational Initiative, which will help bolster the image of manufacturing as a career choice and help students develop skills to get into the field.

"We have a person at the district level that is dedicated to helping us pursue not only STEM, but STEAM, which is science, technology, engineering, arts and mathematics," Wanda Creel, Gainesville City Schools superintendent, said to the Times. "And many of our schools have an emphasis on STEM. For example, Gainesville Exploration Academy has a STEM lab."