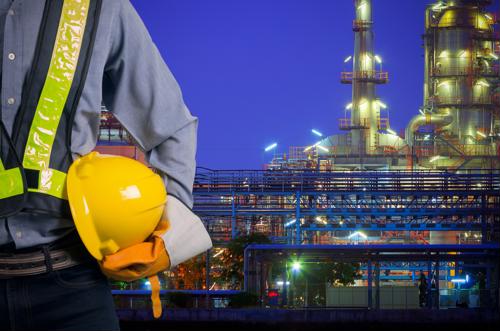 This past winter caused slowdowns in much of the U.S., but the manufacturing sector showed no signs of relenting.

This past winter may have left most of the country in a deep freeze, but while everyone was huddled up at home, the U.S. manufacturing sector was pushing forward. As the spring begins, we're seeing plenty of exciting developments that are pushing the industry forward and inspiring everyone who's a part of it. Here are a few of them:

Digital technology could boost U.S. manufacturing
In a complete reversal of the narrative that robots are taking peoples' jobs, an Atlanta-based textile manufacturer has found a way to get the efficiency boost of an automated production line without cutting workers' jobs.

According to U.S. News and World Report, SoftWear Automation has created a fabrics manufacturing facility that has human workers maintaining a fleet of machines that handle the repetitive manual work. And these aren't just high-level engineering jobs, they're mid-level ones that moderately skilled workers can do.

"They're not engineering jobs, per se. But they're technician-level jobs. They're better jobs," says K.P. Reddy, CEO of SoftWear Automation told the news source. "What we've done is we've used computer-vision technology. We actually look at a thread-level and create a coordinate system. Think of the camera as the eyes and the robots as the feet and fingers. We have a suite of products that is able to do things not only better than a seamstress, but also things a seamstress can't do like a complex curve or a perfect circle."

The benefit here is twofold: The use of automated machining brings the cost of production down, making it more attractive to do business with the American company. Because of this, Reddy can afford to hire more workers for well-paying tech jobs that might have otherwise gone overseas.

Manufacturing a driving force in Connecticut's economy
At a luncheon with the New Haven Manufacturers Association, Donald Klepper Smith, chief economist and director of research for DataCore Partners, told the audience that despite some of the turbulence in the sector over the last few years, manufacturing remains a vital driver of Connecticut's economy, The Register Citizen reported.

"For every job you create in manufacturing, it leads to 1½ jobs in other areas of the state's economy," Smith told the New Haven Manufacturers Association at the luncheon. "And for every dollar spent in manufacturing yields another $1.13 in indirect spending, supporting other businesses in non-manufacturing segments."

Jerry Clupper,  executive director of the New Haven Manufacturers Association, explained that the jobs being found in Connecticut's manufacturing sector are high-paying, with the average salary being roughly $70,000 per year.

Volkswagen launches U.S.-based engineering center
It's obvious that Americans love the idea of "Made in the U.S.A.," but it turns out that manufacturers from outside of the U.S. do as well. A report from the Times Free Press explained that Volkswagen, the German car maker, is building an engineering center in Chattanooga, Tennessee for its research and development purposes.

"We'll be moving over research and development functions," Erb said during a news conference at the plant, the news source reported. "This will be the central entity in all the U.S., and hopefully all of North America."

By 2017, VW expects that about 130 engineers and technicians will be employed at the center. If all goes well, the company plans to expand the center even further and hire about 200 engineers and technicians when all is said and done. But it's not all about the high-level jobs: VW also said that it plans on using its Chattanooga plant to manufacture a new sports utility vehicle, which will lead them to hire another 2,000 plant workers in the region.

Manufacturers tap into the "Maker" movement
Outside of the world of professional engineering and manufacturing exists a large group of hobbyists, DIYers, amateur tinkerers - known collectively as "makers" - who have been working on their own designs and ideas. But while their titles may not be official, the discoveries they make can have serious implications for real businesses.

According to Industry Week, manufacturers are harnessing the connective power of the Internet to tap into the collective knowledge of these individual makers in conjunction with their existing R&D departments. The logic here is that by using an open-source model, these hundreds, if not thousands of enthusiastic amateurs can help businesses find solutions to problems much more quickly and cheaply than if they had to go through the bureaucracy of a traditional R&D department.

GE Appliance is adopting this model in earnest, having recently created its FirstBuild micro-factory at University of Louisville's Belknap Campus. This micro-factory will be a space where non-professional makers can come and work on designs and ideas for new products. Acting as a testing ground for the next big consumer product, GE's success here could be a sign that makers and manufacturers could be working together much more often in the future.