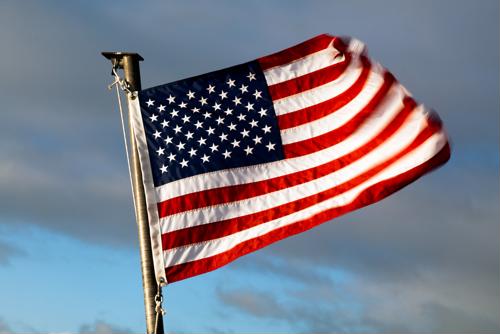 Everything from reshoring, to organic job growth, to new STEM training and apprenticeship programs and so much more tell me that American manufacturing is not just surviving, it's thriving.

I've been hearing a ton of incredible news about manufacturing and technology right here in the United States. Everything from reshoring, to organic job growth, to new STEM training and apprenticeship programs tells me that American manufacturing is not just surviving, it's thriving.

In this roundup, I want to highlight some amazing things going on in U.S. manufacturing that are contributing to job growth and exciting innovations.

American manufacturing's new Titan
One cable network is aiming to bring U.S. manufacturing to light a brand new TV show. The Sacramento Bee reported that Titan America MFG, a Grass Valley machine shop owned by Titan Gilroy (and no, that isn't a nickname), is being featured in on MAVTV, a local cable network in California.

The show is called "TITAN American Built" and it has one simple message: American manufacturing is unbeatable. Gilroy is using his show as a platform to show that "made in America" isn't just a cheap slogan - it's a legitimate business advantage. He wants to grab the attention of business leaders and show them that a strong manufacturing base here in America is to all of our advantages.

A partnership in Connecticut is investing in the next generation
An educated workforce is the lifeblood of manufacturing. That means it's up to the veterans of the industry to pass on their knowledge and skills to the next generation.

According to Today's Medical Developments, a joint effort between Tunxis Community College and EDAC Technologies is doing just that in Connecticut. Both organizations are investing in the education of students of all ages who want to start a career in manufacturing. Students will be able to take classes designed in part by EDAC right on Tunxis' campus. Students who complete the course, which teaches vital machine operating skills, will earn an Advanced Manufacturing Machine Technology Certificate. The program's organizers said that the program will address ensure the growing number of manufacturing positions are filled with skilled workers.

Manufacturing wages on the rise
Looking at the recent manufacturing job wage increases in many regions of the U.S., we might need more training programs to deal with all of the people looking to get in on these lucrative jobs. The Wall Street Journal reported that manufacturing wages have risen considerably, making manufacturing an even more attractive career choice for new workers.

Even though the bulk of the high wage growth has been seen in just a few regions now, the Wall Street Journal expects the rest of the country to start catching up. In states like Connecticut, with new programs offering people a way into these new high-paying jobs, growth could come sooner rather than later.

Make sure you tune in next month as we continue our roundup of good news in U.S. manufacturing!